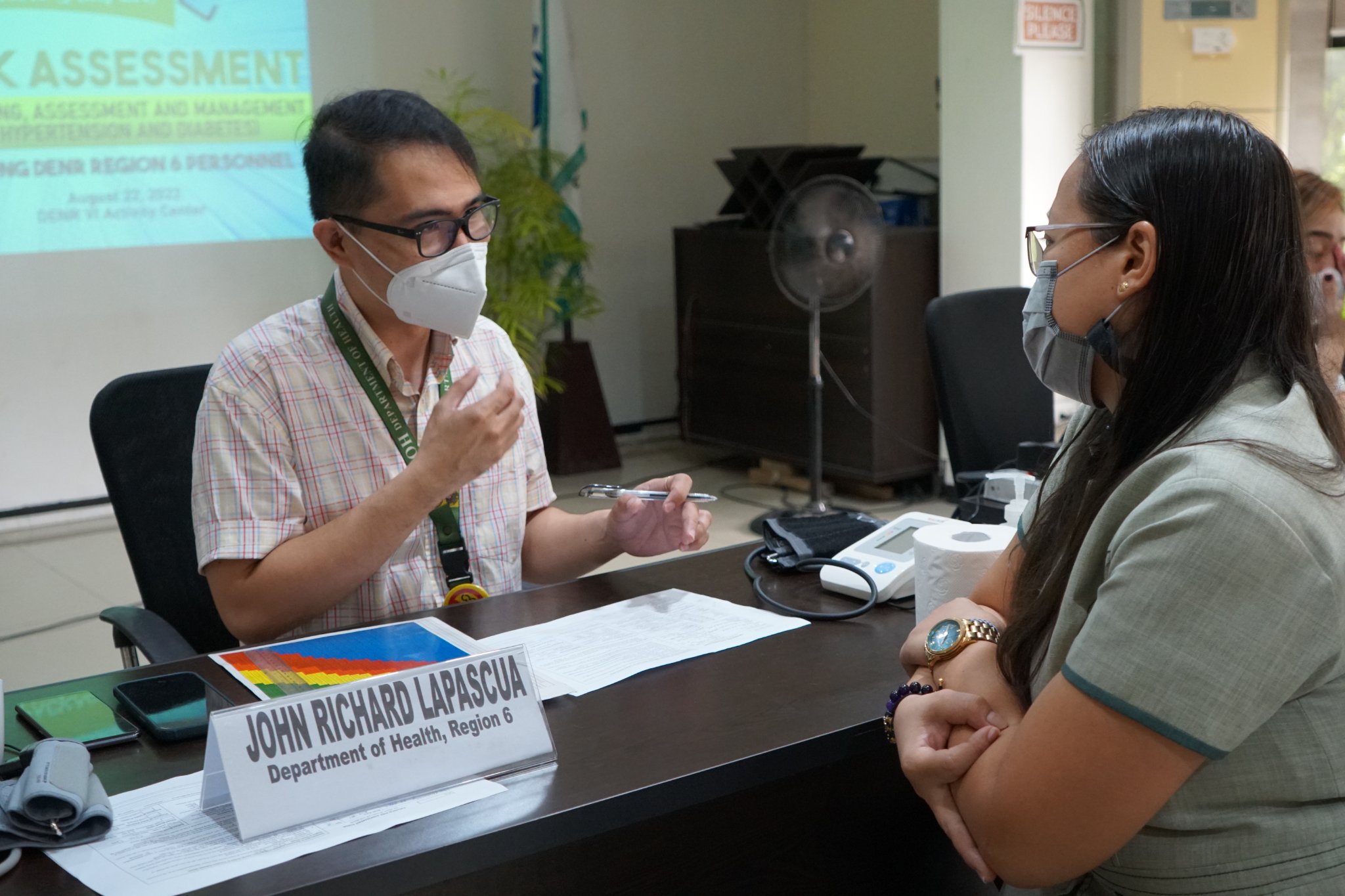 It pays to know your health risks. This is what the employees of the Department of Environment and Natural Resources (DENR) in Region 6 have found out after a health assessment was made among them.

Many was kind of going through the motions of work-home and vice versa routine, not really minding to look into their health issues. But with the recent initiative of the Administrative Division of DENR 6 and in collaboration with the Department of Health (DOH), the Philippine Package of Essential Non-Communicable Disease Intervention (PhilPEN) Risk Assessment was conducted among DENR 6 employees based at the regional office, recently.

Employees underwent screening and assessment for the management of hypertension and diabetes. Quite a number of personnel were surprised to find out they are at risk of developing hypertension and/or diabetes. A few others were outright detected to be hypertensive and were given medication for maintenance right away.

The DOH team also guided each personnel on the necessary steps and/or lifestyle changes to prevent possible future development of hypertension and diabetes.

DENR 6 is one of the project sites of DOH-WV PhilPEN  in the Workplace.

“We always seem to assume our health is doing well until we get ourselves assessed. We are grateful to DOH for allowing our employees here at DENR 6 to avail of the PhilPEN Package for free. Even if this pandemic is over, we must continue to protect our health. We do it for the right reason – because we love life,” said DENR 6 Regional Executive Director Livino B. Duran. 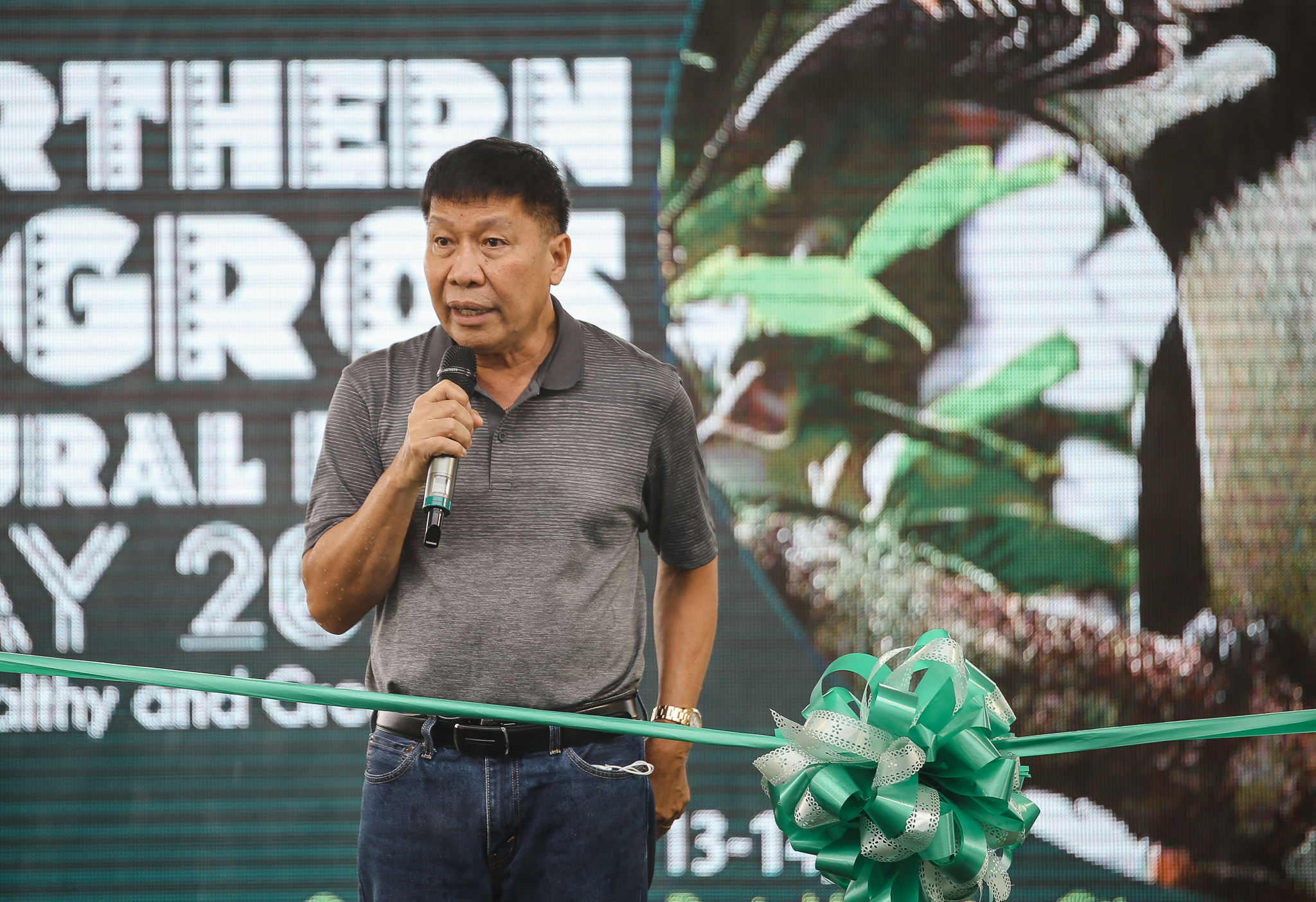 Provincial ENR Office of Negros Occidental and Community ENR Offices of Bago City, Cadiz City and Kabankalan City participated in the anniversary celebration with the theme “NNNP: Healthy and Green at 17,” hosted by the Local Government Unit (LGU) of Victorias City headed by Javier Miguel “Javi” Benitez together with the cities of Talisay, Silay, Cadiz, Sagay, Magalona, Murcia, Calatrava and Toboso.

In his message, Regional Executive Director Livino B. Duran emphasizes the importance of co-existence between the environment and community in the area. He also mentioned enrolling the NNNP as part of the Western Visayas Eco-tourism Loop with its beautiful ecotourism potentials.

“The challenge in the near future would be to strike the balance between economic development and environmental conservation,” he said.

NNNP covers more or less 70,000 hectares of land in Negros Occidental, spanning  several LGUs, including cities of Talisay, Silay, Victorias, Cadiz, Sagay and San Carlos and towns of E.B. Magalona, Toboso, Calatrava, Don Salvador Benedicto and Murcia. It was formerly known as the Northern Negros Forest Reserve, and was renamed as NNNP under the National Integrated Protected Areas System (NIPAS) Act of 1992 by virtue of Presidential Proclamation No. 895 dated August 15, 2005. 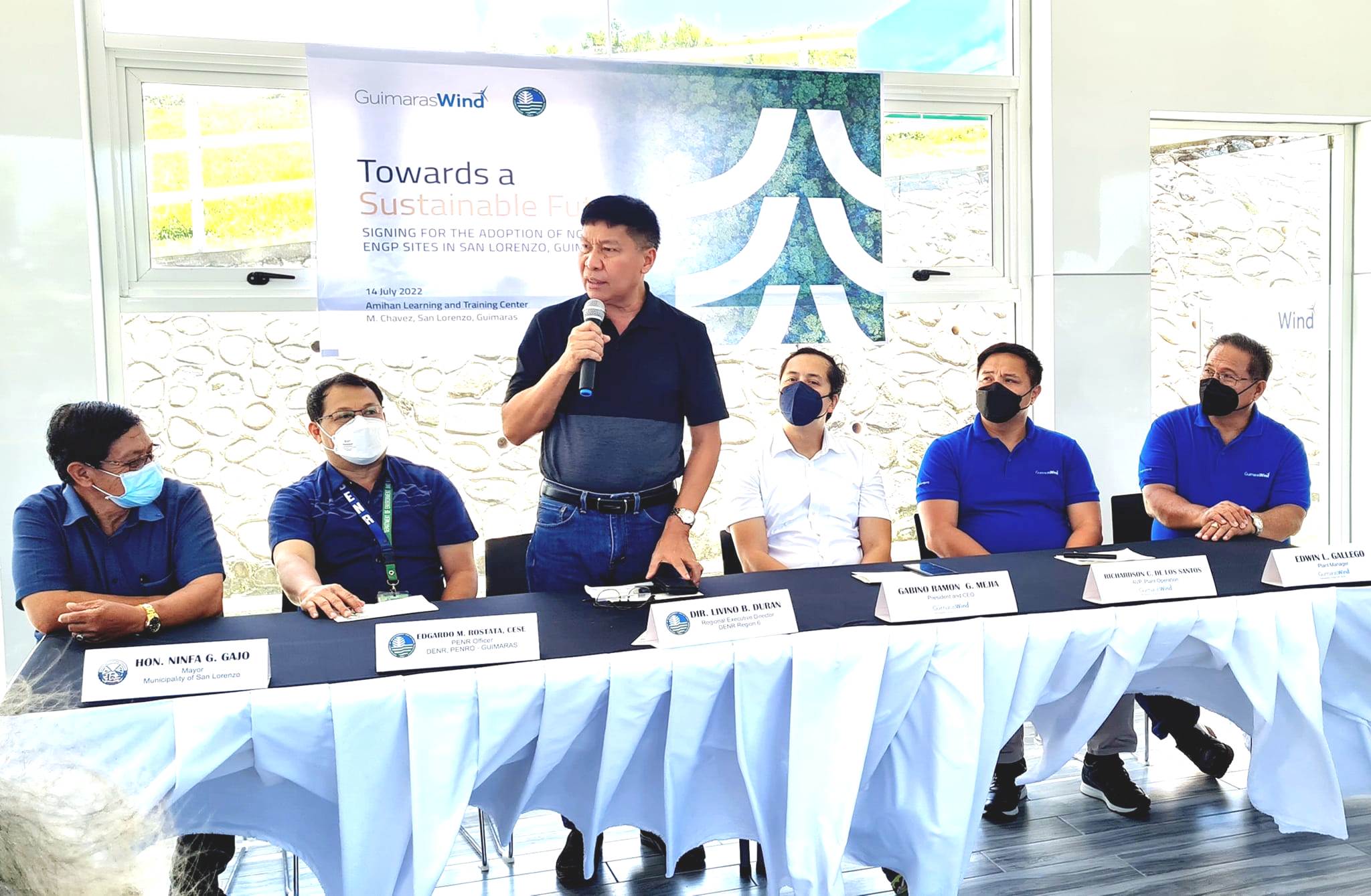 Sealing a pact that would ensure a sustainable environment for the future generations of Guimarasnons, the Department of Environment and Natural Resources (DENR) in Region 6 signed a Memorandum of Agreement (MOA) with the Guimaras Wind Corporation (GWC).

The MOA signing was officially done at the Amihan Learning and Training Center of GWC located at Barangay M. Chavez, San Lorenzo, Guimaras on July 14, 2022.

Guimaras Wind Corporation shall adopt the 176 hectares within the existing Enhanced National Greening Program (ENGP) area in the Municipality of San Lorenzo, Guimaras for a term of 3 years. During which time they will develop the area to turn it into an arboretum where native trees and bamboos shall be grown.

“Guimaras is currently a developing province, attracting many foreigners and tourists with its beautiful resources and ecotourism destinations. The proposed Panay-Guimaras bridge will soon be constructed and we are looking at the onset of more investments and more assets for the Province that will help uplift the economic status of  Guimarasnons,” said DENR 6 Regional Executive Director Livino B. Duran in his message.

DENR PENRO Guimaras was very grateful for the partnership and collaboration of GWC as they signified their willingness to contribute to the greening efforts of the Department thru its Ridge to Reef Conservation Program, extending their financial support as part of their corporate social responsibility program. 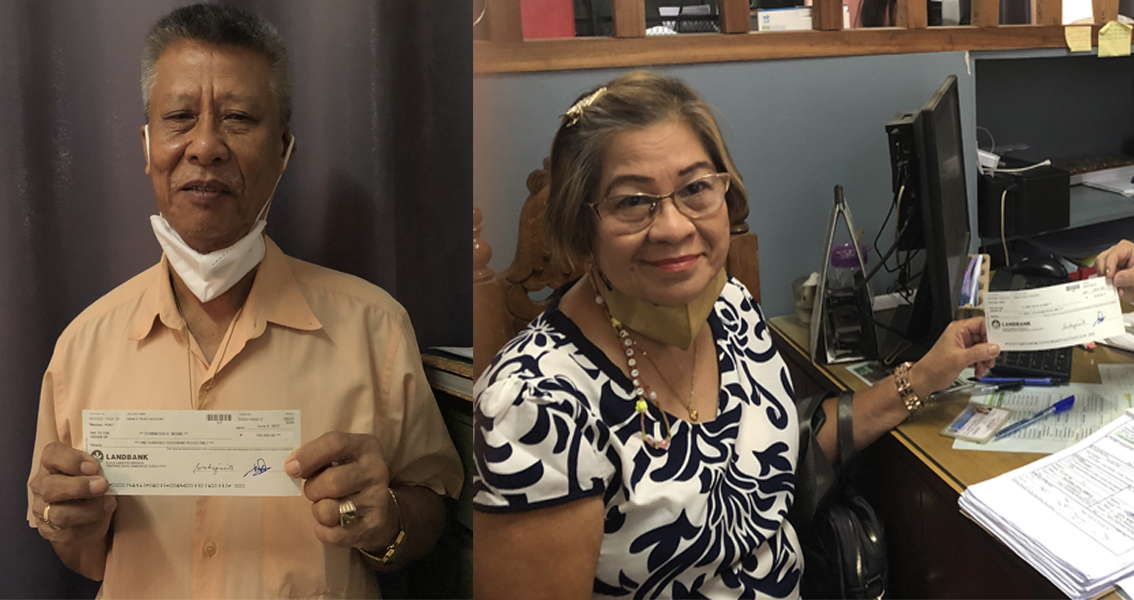 DENR 6 Regional Executive Director Livino D. Duran was glad to hear the news and expressed his gratitude to President Rodrigo Roa Duterte for the support to the department’s employees despite the pandemic caused by COVID-19 which eventually limit the governments’ resources. 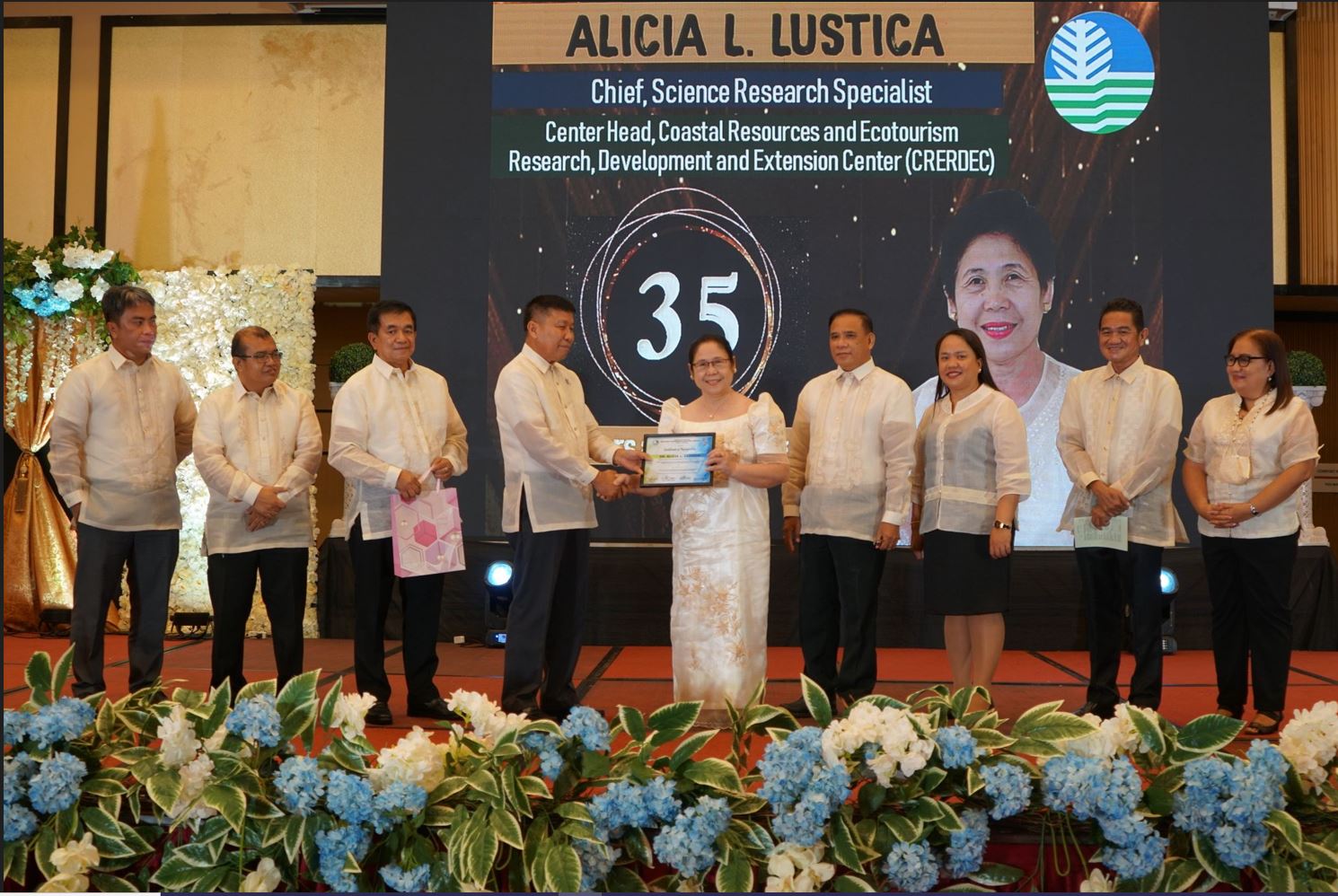 Around Eighty- three (83) employees of the Department of Environment and Natural Resources (DENR) Region VI were recognized and awarded for their years of service in the department and for their vital contribution in the attainment of DENR’s goals and accomplishments throughout the years.

The Program on Awards and Incentives for Service Excellence (PRAISE) of the department gave “Service Awards” for 60 employees who rendered 20-45 years of service for the department. The longest so far was Corazon D. Ignacio, Forest Ranger from CENRO Sara who rendered 45 years in Government Service.

The number of Service Awards given to the employees from the regional office and per province are as follows: seven (7) employees from DENR Regional Office VI, twelve (12) from Iloilo, eleven (11) from Aklan, nine (9) from Antique, two (2) from Capiz, six (6) from Guimaras, and thirteen (13) from Negros Occidental.

A total of five (5) employees also received special awards for pursuing their personal growth and for completing their graduate and post-graduate degrees at their own personal expense, thereby enhancing their knowledge and skills in their respective office for the benefit of the department.

Eighteen (18) employees who retired from their service were also recognized by the department for their contribution and unparalleled dedication to the organization.

Regional Executive Director (RED) Livino B. Duran gave his appreciation to the awardees during his speech in the Pasidungog 2022.

“I want to thank you all for your contributions with the DENR, particularly in Western Visayas. Thank you for all your hard work and service for the department and for the people of Western Visayas. Pasidugong 2022 will now evolve as a traditional activity here in our region because we wanted really to honor our employees and our personnel in the department and to give incentives. I hope this will become an inspiration for us all to serve more and do better,” said RED Duran.

The awarding was held during DENR’s Pasidungog 2022 and Culminating Activity for the celebration of the Environment Month with the theme: “Askyon Para Sa Natatanging Mundo”. It aims to recognize the hard work and service of officials and employees to encourage efficiency and productivity in the public service./DENR 6