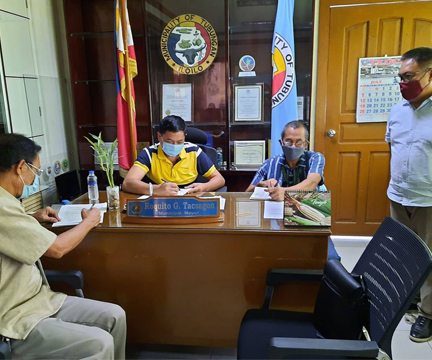 Community Environment and Natural Resources Office (CENRO) in Barotac Nuevo conducted a meeting with the lot claimants for the Agricultural Free Patent Issuance of the portion Lot 7945 Cadastral 186 consist in an area of 63.4943 hectares at Brgy. Caratagan, Calinog, Iloilo.

The meeting was participated by 21 applicants for the finalization of the subdivision plan to utilize Alienable and Disposable (A&D) lands which was facilitated by the Regulatory and Permitting Section of CENRO Barotac Nuevo in coordination with the municipal mayor Francisco L. Calvo of Calinog, Iloilo.

Meanwhile, the municipality of Tubungan together with the Department of Environment and Natural Resources (DENR) 6 signed the Memorandum of Partnership Agreement (MOPA) in line with the creation of the Land Management Office of the municipality for their commitment to improve land resources, administration and management.

The DENR is committed to create an active collaboration with LGUs for the improvement of land sector, and recognizes the indispensable assistance of the municipality of Tubungan in land administration and management.

Improved land administration and management is one of the top ten DENR priority programs and projects of Environment Secretary Roy A. Cimatu. 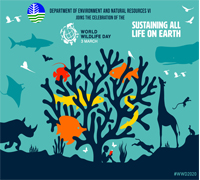 The Department of Environment and Natural Resources (DENR) in Western Visayas observes the celebration of World Wildlife Day (WWD) on March 3, 2020. This year’s theme: “Sustaining All Life on Earth,’’ aims to promote the importance of varieties of wild fauna and flora, to raise awareness of the threats encountered by the species and to protect and conserve wildlife resources.

The Philippines is the second largest archipelago with 7,641 islands with a population of over 100 million and is projected to reach 125 million by 2030. It is also one of the 17 mega-diverse countries with unique characteristics of wildlife species.

There are more than 52,177 described species and half of them are endemic. These distinctive species comprise of amphibians with 114 species and reptiles with 342 species. The country is known as the 4th most important country in bird endemism with 695 species and 5th in the world in terms of total plant species, making the Philippines evidently abundant with wildlife species and resources.

Although the country is rich with biodiversity, it also faces perilous circumstances, making wildlife crime the fourth most lucrative illegal business hereafter narcotics, human trafficking and arms. The value of Illegal Wildlife Trade (IWT) in the country is estimated at P50 billion including the market value of wildlife and its resources, ecological role and value, damage to habitat incurred during poaching and loss of potential ecotourism revenues.

The suppressing illegal wildlife trade in the country was driven by the following reasons: species are poached to supply national and international black markets for exotic pet trade purposes, meat for luxury food, scales and skins used to make ornaments, pieces for pieces of jewelry, and frenzied of over collection for traditional medicine and rumored to cure HIV/AIDS that is sold at thousands of pesos.

The DENR enforces environmental laws to combat illegal wildlife trade that has economic, environmental and social impacts through confiscation and seizures of wildlife animals and plants. Continuous information, education, and communication (IEC) campaign helps raise awareness in saving these species.

The Republic Act No. 9147 or the Wildlife Resources Conservation and Protection Act, provides for the safeguarding of Philippine flora and fauna.

“We depend on biodiversity to live and survive here on Earth thus in our hands, lies the power to save and preserve these wildlife species for a balance and healthful ecology, “said Regional Executive Director Francisco E. Milla.

Enhancing biodiversity conservation is one among the ten priority programs of the DENR Secretary Roy A. Cimatu.#DENR6

DENR to empower environmental laws with the creation of the EPEB 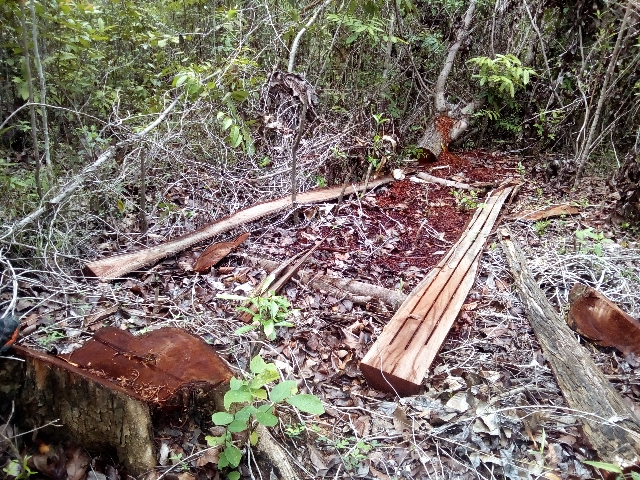 Philippines is a diverse country with rich ecosystems that serve as habitats of endemic species of flora and fauna. Such bountiful natural resources however, are facing environmental changes brought about by exploitation such as poaching, deforestation, land degradation through conversion for other usage, climate change and pollution.

The task on environmental protection is gargantuan in scale and expanse. The Asian Development Bank estimated the amount incurred in illegal wildlife trade in the country at P50 billion a year. In Region 6, the DENR was able to apprehend and confiscate illegally transported forest products that amount to millions. Cases with other regions are far tougher.

Recognizing this threat, the Philippine government through the Department of Environment and Natural Resources (DENR) is pushing for the creation of an Environmental Protection and Enforcement Bureau (EPEB) that shall pursue the stringent implementation of environmental laws, policies, rules and regulations with the assistance of personnel from the military, police, the National Bureau of Investigation and government prosecutors.

Environment Secretary Roy A. Cimatu saw the need to form EPEB as the DENR lacks personnel similar to police, intelligence officers specifically handling enforcement. “We have laws but we had a hard time implementing them,” said Cimatu. In giving the financial support it needs, Cimatu proposed funding increase for the Department which include P1.2 billion for the EPEB. “With our own enforcement bureau, the DENR could effectively enforce environmental laws and protect its workers who have been vicious targets of illegal loggers and other environmental criminals,” he added.

On February 19-20, 2020, Iloilo City will host the Strategic Planning Workshop on Environmental Protection and Enforcement.

Undersecretary for Enforcement and Muslim Affairs, Jim O. Sampulna leads the conduct of the workshop in order to review, assess and set policy directions in the implementation and presentation of the proposed bill that would create the Environmental Protection and Enforcement Bureau (EPEB). The event will gather the Department’s undersecretaries, assistant secretaries, bureau directors, regional executive directors, assistant regional directors for technical services, PENRO’s, Chief Enforcement Division and Chairman of National Law Enforcement Coordinating Committee-Sub-Committee on Environment and Natural Resources (NALECC-SCENR) as participants.

The Bureau is seen to empower the arrest and prosecution of environmental criminals, apprehend and confiscate timber and forest products without license, and destroy illegal structures occupying forest lands without authority to include paraphernalia and conveyances. These are in line with President Duterte’s zero to 10-point socioeconomic agenda, particularly, peace and order.

It also aims to curb illegal mining, illegal logging, smuggling and trading of wildlife species and other environmental crimes that risk our biodiversity and destroys our protected areas, the habitat of the threatened species.

In Western Visayas, there are a total of 235 Lawin Patrollers, composed of forest rangers, forest protection officers, forest technicians and park foreman patrolling the timberland including the 14 protected areas, five are legislated and eight are under initial component of Expanded National Integrated Protected Areas (E-NIPAS). The teams were able to patrol a total of 8,745.65 kilometers for CY 2019.

"Their presence in forest areas served as deterrence to illegal activities, which advanced the protection of our rich natural resources in the region,” said DENR 6 Regional Executive Director Francisco E. Milla, Jr. 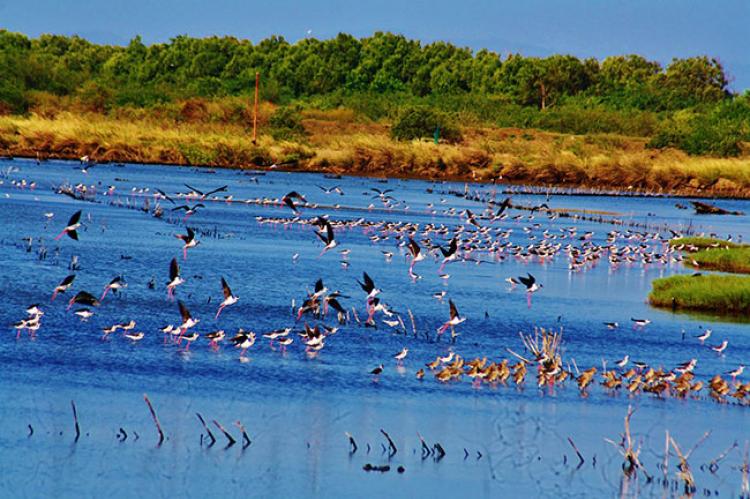 Tomorrow, the 7th Ramsar Site in the Philippines, the Negros Occidental Coastal Wetlands Conservation Area (NOCWCA) shall be the venue for the World Wetlands Day.

The event adopted the theme: “Wetlands and Biodiversity,” with participants to converge at San Enrique, Negros Occidental.

NOCWCA covers the municipalities of Pulupandan, Valladolid, San Enrique, Pontevedra, Hinigaran, Binalbagan, Ilog and the cities of Bago, Kabankalan and Himamaylan. It has one of the richest and most diverse coastal resources, particularly mangroves and a habitat of economically important species such as oysters, green mussels, nylon shells, angel wings shells, shrimps and crabs.

The celebration aims to draw attention of promoting biodiversity conservation and its importance in the ecosystem. It shall cover several activities such as bird watching during the early hours of the day in the wetlands of San Enrique, Powerpoint presentation and showing of videos about the importance of wetlands and sustaining the use of natural resources, and another bird watching before the dusk. The participants are accompanied by a bird field guide to spot the different species of waterbirds using the spotting scope and binoculars.

The NOCWCA is also a haven for at least 73 species of waterbirds flocking in its prolific wetlands, including the five globally threatened and two globally near-threatened species. Recently, it has three additional species namely: Eurasian oystercatcher (Haematopus ostralegus), Eurasian wigeons (Anas penelope) and the world’s most critically endangered shorebird species – the Spoon-billed Sandpiper (Callidris pygmea).

Wetlands are areas covered by water that play a vital role in the regulation of global nitrogen cycle and also serve as a carbon sink. It helps in mitigating climate change and reducing risks and hazards from tsunamis, storm surges and cyclones. It also supports biological diversity and are recognized as the most productive habitats on earth with its vegetative surface to aquatic plants, thereby supporting diverse kinds of life.

“It is important to protect and preserve our wetlands here in Western Visayas, not only because it is a home to wide range species of plants and water animals, but to sustain the livelihood of people that live near the wetlands. It helps in keeping the water quality clean as they filter chemicals from agricultural runoff before it reaches the open water,” said DENR Region 6 Regional Executive Director Francisco E. Milla, Jr.

Wetlands protection and conservation supports the Philippine Clean Water Act of 2004, which is one of the top ten DENR priority programs and projects of the Environment Secretary Roy A. Cimatu. 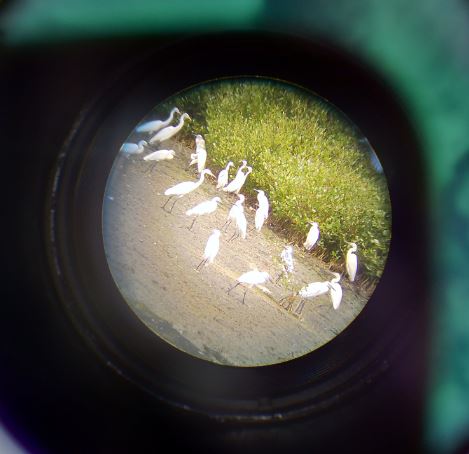 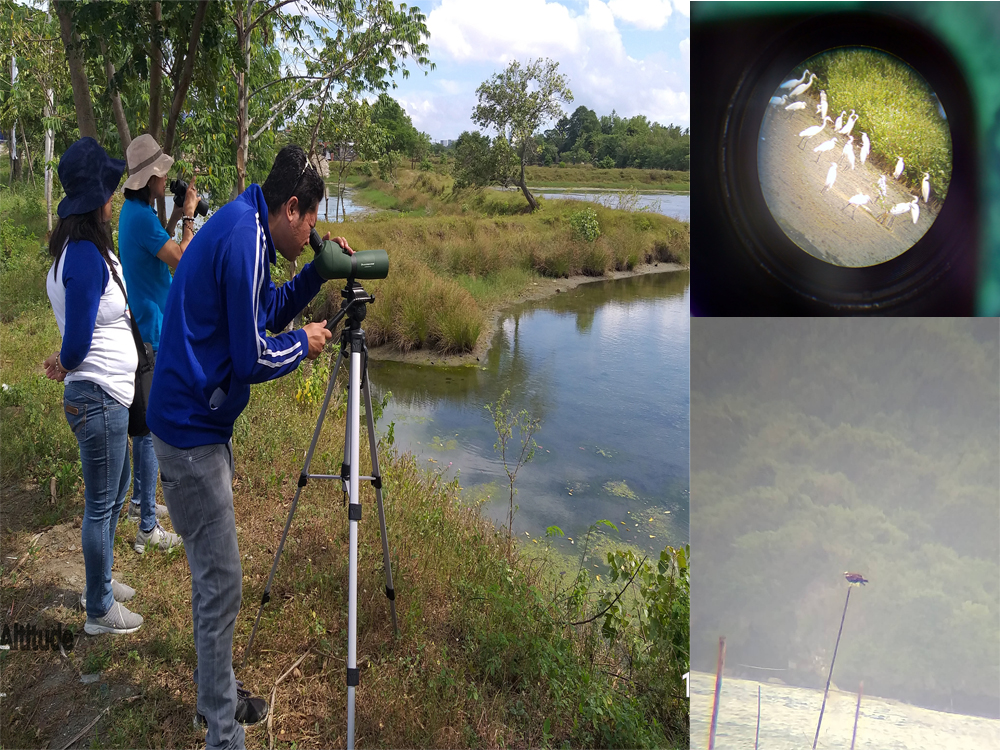 Different migratory waterbirds with diverse colors and features were sighted in the wetlands located at Barangays of Sooc and San Jose in Arevalo District, Hinactacan in La Paz District, Bitoon in Jaro District and at Katunggan Park in Sitio Panus-on, Nabitasan, Leganes last January 4,7-10, 2020.

The team of CENRO Guimbal used binoculars and a spotting scope to sight and count the migratory waterbirds bound to save their own species by looking for temporary habitat to feed and breed.

Here in the Philippines, the peak months for birds migrating to the south are usually during September to November, while those travelling to the north often occurs between February and April.

Wetlands play various roles in the protection of our environment by reducing the impacts of floods, absorb pollutants and improve water quality. It serves as a safe haven for different species of migratory birds in search for their food, temporary home and breeding grounds.

Migratory birds are often threatened by human activities through the conversion of ecosystems for development purposes. The Department of Environment and Natural Resources, through the Biodiversity Management Bureau (BMB) closely work with organizations of bird watchers and other wildlife enthusiasts to protect migratory bird sites.

Wetlands are rich in natural resources. It also protects the birds as well as the people in the community. “It is important to conserve the wetlands as they become a transitory abode to migratory birds. We aim for more prolific wetlands that may incline migration of birds to the areas. This can be another ecotourism attractions in the City of Love,” said Regional Executive Director Francisco E. Milla, Jr. of the Department of Environment and Natural Resources Region 6.