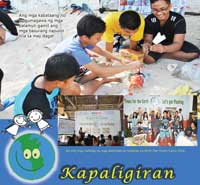 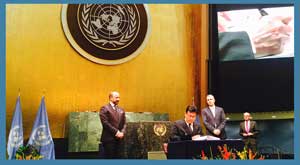 SECRETARY GENERAL, BAN KI-MOON AND EXCELLENCIES, WE SIGN THE PARIS AGREEMENT TODAY WITH FAITH AND HOPE IN THE 196 PARTIES TO THE UNFCCC THAT ADOPTED THE AGREEMENT.

THE PHILIPPINES, A HIGHLY VULNERABLE DEVELOPING NATION, WITH ONE OF THE MOST AMBITIOUS TARGETS, HAS ALREADY TAKEN STEPS TO PURSUE NATIONAL ACTIONS TO ADDRESS CLIMATE CHANGE THROUGH ITS INTENDED NATIONALLY DETERMINED CONTRIBUTION OR INDC.

DESPITE FINANCIAL LIM PHILIPPINES HAS ALREADY DEMONSTRATED ITS COMMITMENT TO MEETING ITS PLEDGE WITH THE IMPLEMENTATION OF THE NATIONAL CLIMATE ACTION PLAN AND THE INTEGRATION OF CLIMATE CHANGE IN NATIONAL AND LOCAL DEVELOPMENT PLANS AND BUDGETS. IT WILL CONTINUE TO CASCADE CLIMATE CHANGE MITIGATION AND ADAPTATION ACTIONS TO SUB-NATIONAL LEVELS AND TO INVEST IN CLIMATE – RESILIENT LOCAL ECONOMIES, CONSISTENT WITH POST–2015 INTERNATIONAL FRAMEWORKS SUCH AS THE 2030 AGENDA ON SUSTAINABLE DEVELOPMENT, SENDAI FRAMEWORK FOR DISASTER RISK REDUCTION, AND MOST ESPECIALLY, THIS THIS PARIS AGREEMENT ON CLIMATE CHANGE.

TO SECURE A SUSTAINABLE FUTURE, THE PHILIPPINES IS PURSUING VALUE-ADDING STRATEGIES TO ENSURE THE PROVISION OF ECOSYSTEM SERVICES AND GREEN GROWTH TO ADDRESS POLLUTION AND ENVIRONMENTAL DEGRADATION. TO THIS END, A GREENHOUSE GAS INVENTORY MANAGEMENT AND REPORTING SYSTEM IS BEING DEVELOPED TO CREATE A TRANSPARENT, ACCURATE AND COMPARABLE BASELINE OF EMISSIONS.

IT HAS ALSO SUBMITTED RECENTLY ITS ARTICLES OF ACCESSION TO THE DOHA AMENDMENT TO THE KYOTO PROTOCOL.

AS A HIGHLY VULNERABLE COUNTRY, PHILIPPINES HAS COMMITTED EARLY TO CONTRIBUTING ITS FAIR SHARE TO THE GLOBAL ACTION CONSISTENT WITH THE CLIMATE VULNERABLE FORUM’S MANILA-PARIS DECLARATION WHICH CALLS FOR A MITIGATION GOAL OF BELOW 1.5 DEGREES CELSIUS AND FULL DECARBONIZATION AND 100% RENEWABLE ENERGY PRODUCTION BY 2050.

TOO MUCH IS AT STAKE. DEVELOPED COUNTRIES THEREFORE NEED TO DO MORE IN TERMS OF DRAMATICALLY RAISING THEIR NDC AMBITION COMPATIBLE WITH THE 1.5-DEGREES CELSIUS THRESHOLD, AS WELL AS RAISING FUNDING CONTRIBUTION TO THE CLIMATE ACTION PLANS OF VULNERABLE COUNTRIES, WHICH REQUIRE ADEQUATE, PREDICTABLE AND SUSTAINABLE FINANCING. THE PHILIPPINES ALSO URGES DEVELOPED AND DEVELOPING COUNTRIES ALIKE TO TAKE URGENT PRE-2020 ACTION.

FINALLY, TO ECHO PHILIPPINE PRESIDENT BENIGNO AQUINO, THE PHILIPPINE CONTRIBUTION TO THE GLOBAL PROBLEM THAT IS CLIMATE CHANGE IS ADMITTEDLY A DROP IN THE WELL. BUT LIKE THE DROPLETS IN THE OCEAN, THE CONCERTED EFFORTS OF ALL PARTIES CAN SURELY MITIGATE THE IMPACTS OF CLIMATE CHANGE. THEREFORE THE PHILIPPINES STRONGLY URGES ALL COUNTRIES TO BUILD UPON THE MOMENTUM FROM PARIS AND WORK TOGETHER TOWARD FULL IMPLEMENTATION OF THIS AGREEMENT.

THANK YOU AND MABUHAY!

Use water wisely and responsibly

Water is the natural resource that man and all other living creatures cannot do without. In fact, it is one thing scientists look for in other planets to confirm possible sources of life. For us humans, it is so important that in 1995, World Bank Vice President Ismail Serageldin said that “the wars of the next century would be fought over water” and not oil.

Unfortunately, water is also one resource that we always take for granted and end up wasting through inefficient use and pollution.

To make matters worse, what precious supply we have in our reservoirs and aquifers is now threatened by less rainfall as a result of the occurrence of a strong El Niño phenomenon which is expected to hit the Philippines by October 2015 until the first quarter of 2016. To ensure that there is enough for everyone’s needs, water distribution is already being interrupted or rationed in several parts of Metro Manila and surrounding areas.

A shortage in water supply not only leads to less water for us to use for our domestic needs, but also threatens food production and energy supply. Angat Dam in Bulacan, for example, provides almost 97% of Metro Manila’s domestic, municipal and industrial water requirements, as well as 27,000 hectares of rice farms in Bulacan and Pampanga. It is also utilized to generate 246 megawatts of electricity.

It is therefore important for each of us to do what we can to ensure that we do not deplete this supply. By learning to use water prudently and efficiently, not only during El Niño but as part of our lifestyle,

• we save up on water expenses;
• we show generosity in ensuring that everyone gets a fair share of the supply; and
• we learn to consider water as a precious resource.

As Environment Secretary Ramon J. P. Paje has said: “Make water conservation a habit, and adopt a lifestyle that would have less negative impact on our precious water supply.”

Here are simple reminders on how we can sustain our water supply. But of course, these are not all that we can do. If you have more to add or would like to share with us some of the best practices in water conservation, please do not hesitate to email us at This email address is being protected from spambots. You need JavaScript enabled to view it.. 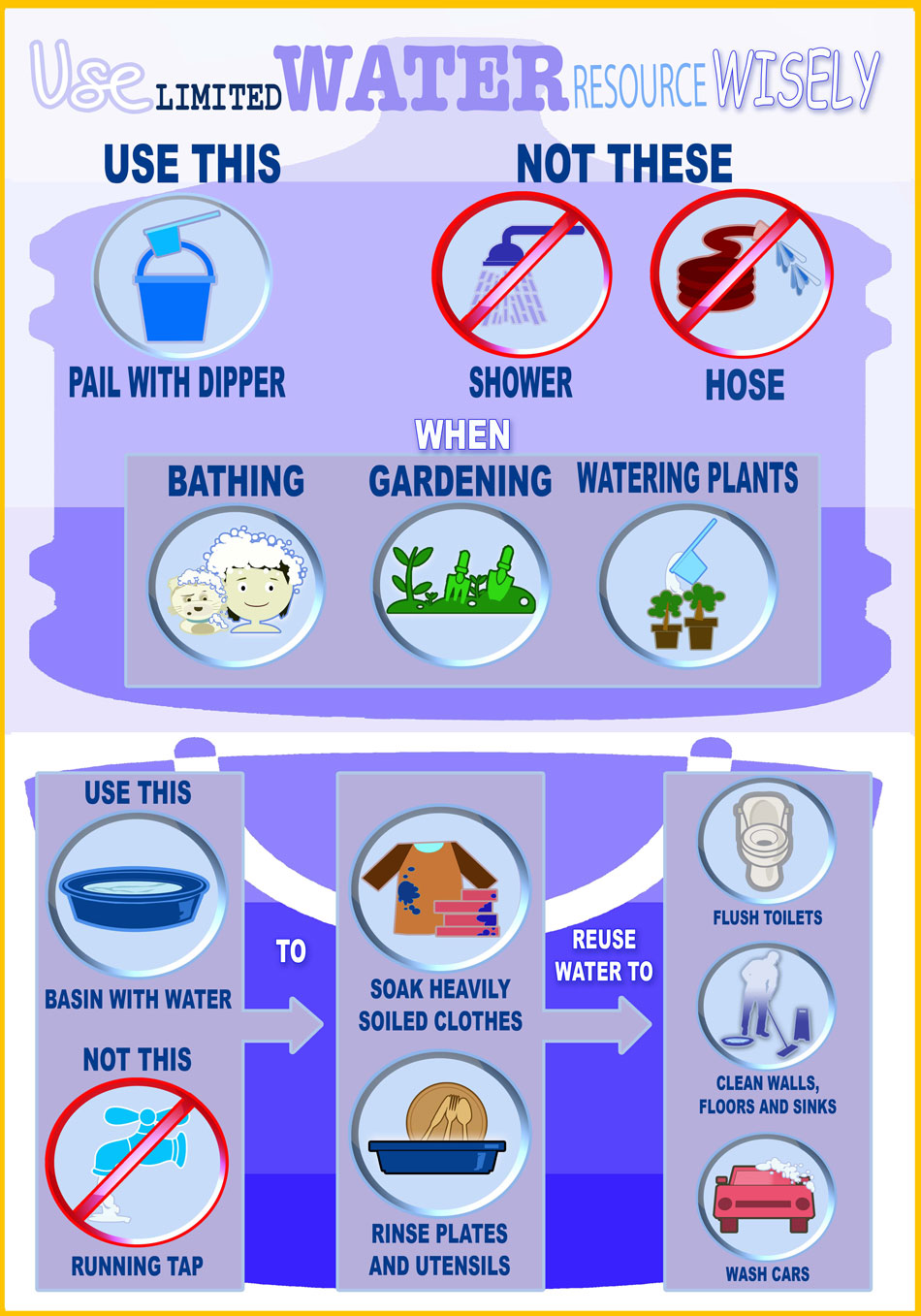 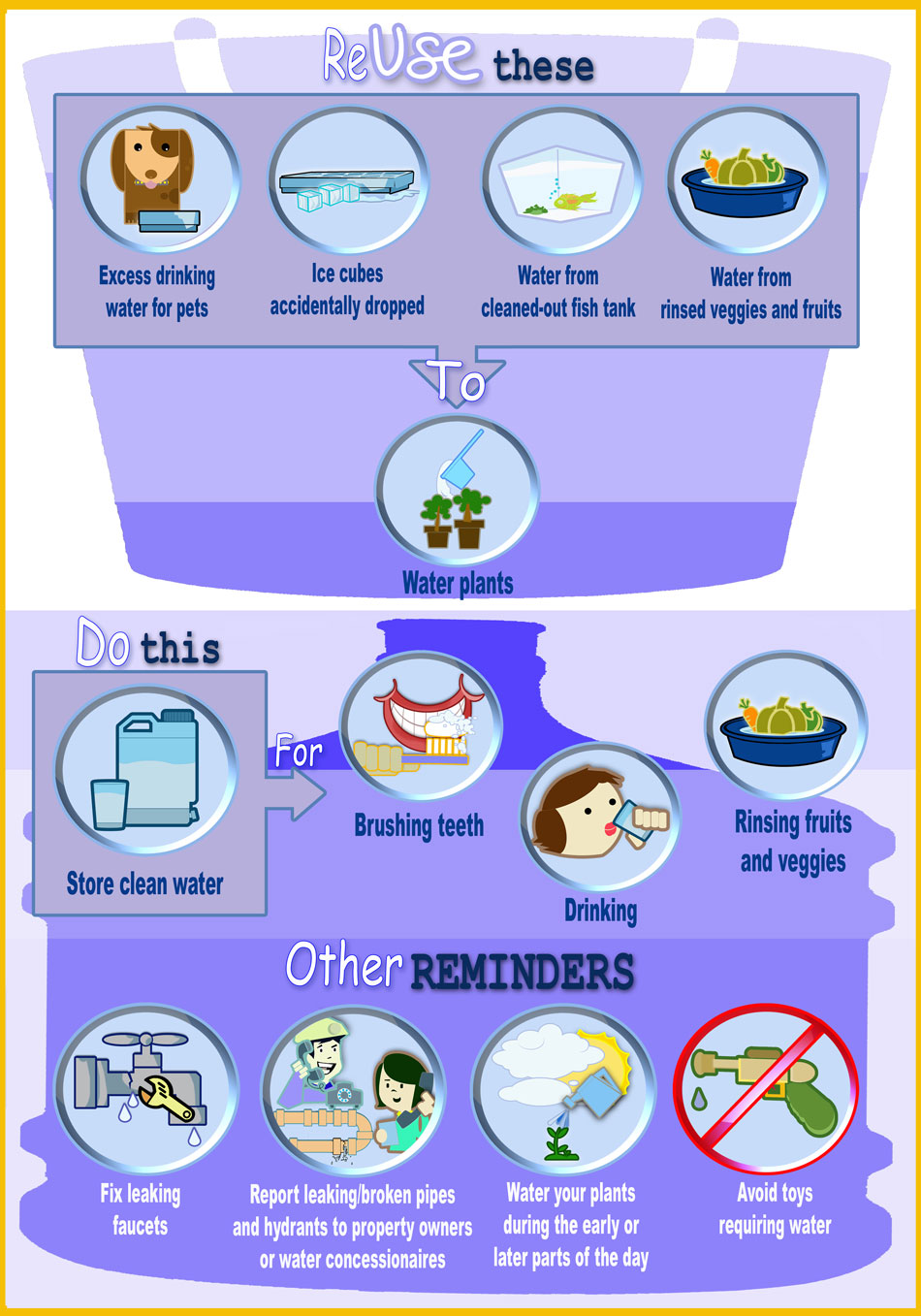 When a massive 7.2-magnitude earthquake jolted Bohol on October 15, 2013, there was a general concern its booming tourism industry might suffer tremendously as a lot of establishments, heritage sites and renowned structures were severely damaged. 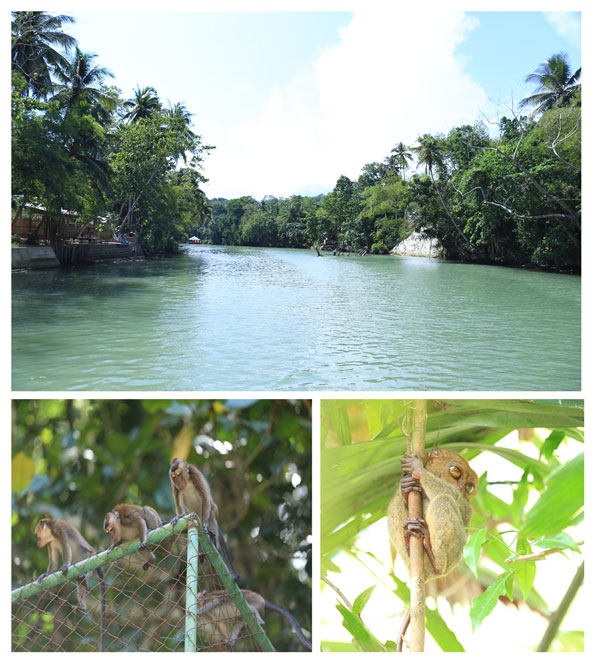 But in less than two years since the devastating tremor struck the island province at its core, Bohol appears to have gotten back on its feet. Its nature-based tourism remains as strong and vibrant as ever, as if nothing had happened.

Although the centuries-old Catholic churches badly hit by the quake are still in the process of restoration and rebuilding, they remain a magnet for tourists amid their present condition. The same goes with some geologic changes that occurred after the earthquake.

There was indeed a silver lining to the devastation because it has given birth to new tourist attractions like ground rupture, uplifted coastal area and sinkholes, which are part of the so-called “geosciences tour” now being offered in the province.

These changes brought by the quake are giving foreign and local travelers more places to go, besides the captivating natural landmarks that made Bohol one of the most visited provinces and top tourist destinations in the country.

Bohol has a wealth of biological diversity, being home to jaw-dropping natural land forms, scenic rivers and tiny adorable primates.

It is a treasure trove of breathtaking natural beauty as evidenced by the world-famous Chocolate Hills, the majestic Loboc River, the stunning Rajah Sikatuna National Park, Panglao’s white sand beaches, among others.

As the primary government agency responsible for conservation, management, development and proper use of the country’s environment and natural resources, the DENR plays a major role in ensuring the sustainability of Bohol’s natural attractions.

Nestor Canda, the provincial environment and natural resources officer (PENRO), said the DENR has been actively promoting the importance of conserving Bohol’s natural biodiversity by directly protecting wildlife and their habitats, while keeping a close watch on any violation of environmental laws and regulations.

“We are working toward achieving the right balance between development and conservation goals,” Canda said.

He said the DENR is closely coordinating with various local governments and people’s organizations in Bohol to ensure that ecotourism is carefully planned and implemented.

Canda said the key to a successful ecotourism industry is a more balanced and integrative approach, founded on the guiding principles of sustainable development.

“A more balanced and integrated approach is essential to maximize the benefits and minimize the negative impacts of ecotourism in Bohol,” Canda pointed out. 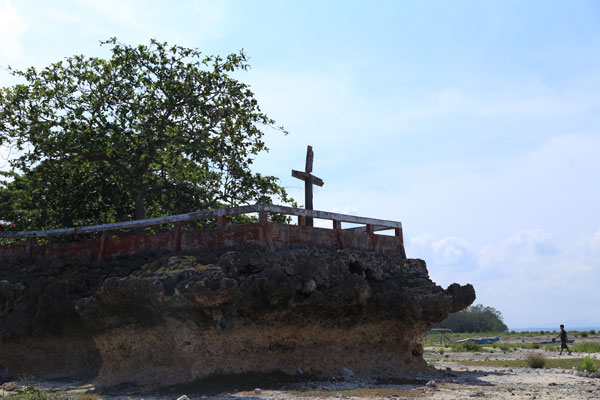 Just recently, the DENR – through Secretary Ramon J.P. Paje – declared as a geological monument certain coastal areas in the municipalities of Loon and Maribojoc, which were uplifted after the 2013 earthquake. It will be known as the Loon-Maribojoc Geological Monument.

Paje said the declaration, embodied in DENR Administrative Order No. 2015-08, aims at ensuring the preservation and protection of the 137-hectare coastline for scientific, educational and tourism purposes.

“Initial assessment made by the Mines and Geosciences Bureau showed that the uplifted coastal area has unique geological features that must be protected and preserved not only to draw more tourists but to encourage further researches and studies for the advancement of geosciences in the country,” Paje explained.

Canda also saw additional challenges for the DENR and other stakeholders.

“There is a challenge to preserve the corals for further studies and researches,” he said, referring to the presence of exposed reefs as resulting from the uplift.

Canda also underscored the need to assess the vegetation that may arise, as well the marine biodiversity in the area and evaluate the economic implication of the geological phenomenon. 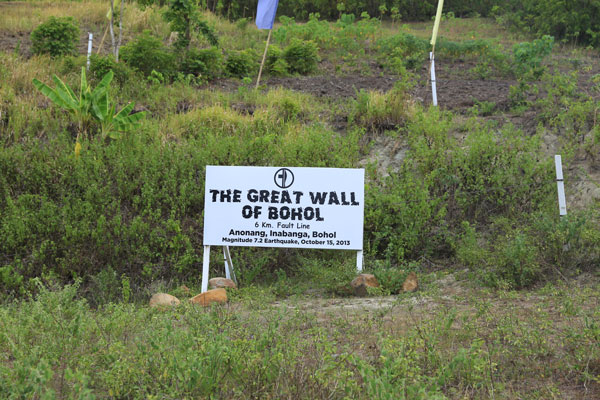 The epicenter of the deadly earthquake that shook Bohol and nearby provinces was plotted near the boundary of the towns of Sagbayan and Catigbian. The quake was generated by the newly discovered North Bohol Fault and has produced at least 6,000 aftershocks as of May 2014, of which over a hundred were reported felt.

The earthquake was so powerful that it not only caused vast destruction, but also killed more than 200 people and displaced nearly 371,000 more across the island.

Canda said the power of the earthquake was illustrated by the length of the ground rupture it left behind.

A shocking remnant of the strong quake was a continuous ground rupture of six kilometers pushed up a stretch of ground up to an average two meters high, with Barangay Anonang in Inabanga town incurring vertical displacements as high as five meters. The rocky wall created by the quake is now called the “Great Wall of Bohol.”

Apart from being a physical evidence of the earthquake’s impact, the massive crack serves as an educational attraction, and provides additional information and explanations of why and how a place changes from a disaster. The earthquake also resulted in the emergence of several sinkholes all over the island province. The DENR’s Mines and Geosciences Bureau (MGB) has discovered a total of 1,333 sinkholes in Bohol, including the 60-feet deep karst site in Catigbian town.

Now becoming a popular attraction among adventurous tourists, the Catigbian Karst Window is a sinkhole developed in a rectangular shape, which is a natural depression or hole in the surface topography caused by karst processes or the chemical dissolution of carbonate rocks.

Canda said the sinkholes are actually part of the slow, natural process of erosion in Bohol’s limestone terrain that occurs over thousands of years. The earthquake merely facilitated the ground’s rupture, exposing cavities beneath the soil surface, he explained.

The PENRO disclosed his office is currently coordinating with the MGB, the provincial government and the United Nations Educational, Scientific and Cultural Organization (UNESCO) for the possibility of declaring the entire province of Bohol as a geological park or Geopark.

Once declared a Geopark, Bohol will be included in the Global Geoparks Network being supported by the UNESCO, the same agency that proclaimed the Chocolate Hills a national geological monument and proposed its inclusion in the World Heritage List.

The UNESCO described Geopark as a unified area with geological heritage of international significance. Geoparks, it said, hold records of past climate change and are educators on current climate change as well as adopting a best practice approach to utilizing renewable energy and employing the best standards of “green tourism.”

Tourism industry promotion in Geopark, as a geographically sustainable and applicable tourism model, aims to sustain, or even enhance, the geographical character of a place, the UNESCO said. 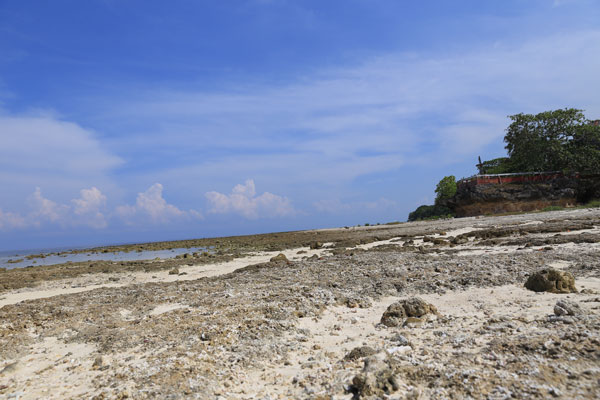 The fault rupture, uplifted coast and sinkholes have certainly changed Bohol’s landscape forever, and residents seem to have learned to accept them.

These changes present an opportunity to the province to transform its situation and provide its people additional livelihood through its ever-growing ecotourism industry.

The remnants of the deadly earthquake are welcome additions to the long list of natural wonders Bohol can offer, thus making every visit to the island a more worthwhile and memorable experience. ###